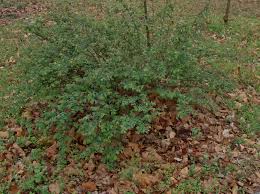 This common shrub is called different names depending on locale.  East of the Mississippi River it is generally called Coralberry,  in Oklahoma everyone in the Cherokee Nation calls it simply “Buckbrush”, it is also called Blue Brush or Wedgeleaf Ceanothus.

The Cherokee used this plant primarily for basket making.   They found that several characteristics of Buckbrush including it color, length, and strength made it an ideal species for basketry.   The young shoots were highly valued for this art. 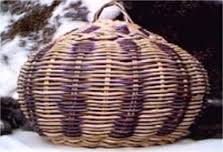 Deer like to forage on the leaves, shoots and berries, especially the tender young seedlings.  Quail and Dove feed on the seeds.   The Cherokee knew this and it opened up great hunting possibilities.  The flowering period is between March and May and the flower range from white to shades of blue and lavender.  Buckbrush is also an important species for pollinators like bees, butterflies, and hummingbirds. 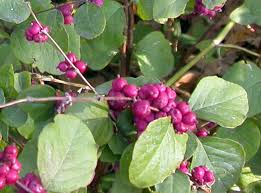 Also Cherokee healers made a decoction of the roots as a diuretic that stimulated kidney function.  This ceanothus is related to a ceanothus called “New Jersey Tea”, a Cherokee medicinal plant, but the early colonists used it as a substitute for tea during the War of Independence.

Buckbrush flowers have a musty sweet scent that smells much like a buck deer during the mating season.   A feature not lost by Cherokee hunters.   This shrub was interwoven with almost every aspect of Cherokee life-from basketry, wildlife habitat, hunting and even medicine.

For gardeners today buckbrush is the ultimate plant for low water usage.